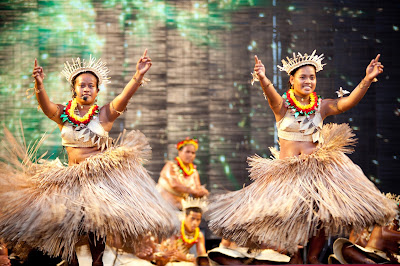 Indigenous cultural music and dance performers from over ten countries joined indigenous cultural performers from Taiwan ay the Global Indigenous Peoples Performing Arts Festival (世界原住民族樂舞節) in Taipei on July 31, 2011. Included in the slate of performances were 12 groups from abroad, including the Solomon Islands, French Polynesia, Niger, Chile, Canada and Gambia. There were also seven dance groups from Taiwan. The international event was organized to celebrate the Centennial of the Republic of China (ROC). 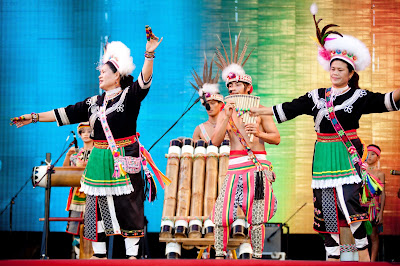 Posted by Tony Coolidge at 2:09 AM